An open letter from Henrik Kaufholz, ECPMF Chairman, to all parliamentarians in the Council of Europe

Dear Member of the Parliamentary Assembly,

Azerbaijan’s human rights record is shameful. Europe’s elected representatives should insist on improvements before ANY further co-operation is proposed or deals are signed with Azerbaijan – by individuals, state-backed companies, nations or European institutions. 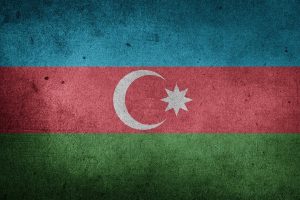 Investigative reporters working on the ’Laundromat’ money-laundering scandal have already revealed that at least two elected European politicans were involved in trying to whitewash that shameful record.

At the European Centre for Press and Media Freedom we are working hard to defend the rights of Azerbaijani journalists who – even in exile – are persecuted by Aliyev’s agents.

For example, Afgan Mukhtarli and his family fled to Georgia after his reports alleging government corruption were published, to escape the backlash. Then on May 29, 2017 he was forcibly abducted, beaten and hooded and driven to Baku, where he has been in pre-trial detention for almost four months now. This is extraordinary rendition. Mukhtarli’s wife and young daughter, back in Tbilisi, are being followed by persons unknown and fear a similar fate.

They are just two of a long list of critical investigative journalists and human rights defenders who face imprisonment, exile and persecution. Your colleagues at the European Parliament have called on the Azerbaijani government to honour the commitments they have made for closer ties with Europe. (The case of Afgan Mukhtarli and situation of media).

We all know of the Trans-Anatolian Natural Gas Pipeline (TANAP), we all know of the importance of energy security for Europe. But human rights weigh more heavily. As Chairman of the Executive Board of the European Centre for Press and Media Freedom, an independent co-operative largely financed by the European Commission, I urge you to protest in the strongest possible terms about the many human rights abuses committed in Azerbaijan. We should also oppose the candidacy of Polad Bülbüloğlu for Director-General of UNESCO and agitate to remove the First Lady of Azerbaijan Mehriban Aliyev from her post as UN Goodwill Ambassador.

The ECPMF and its partners across Europe will be happy to provide you with more case studies and examples of Azerbaijan’s shortcomings in the field of press and media freedom and human rights.
You have the power to question, to challenge and to initiate talks that could trigger change. We need to free the jailed journalists, remove the threat from dissidents who live in fear and help create an Azerbaijan that earns the respect of Europe’s citizens.

Henrik Kaufholz
Chairman of the Executive Board, European Centre for Press and Media Freedom