High profile speakers Irene Khan and Věra Jourová set the tone for the inaugural Media Freedom Rapid Response: solidarity. The online keynote session on 17th March, featured UN Special Rapporteur on the promotion and protection of freedom of opinion and expression, Irene Khan and European Commission Vice-President for Values and Transparency, Věra Jourová (via a video message) to paint a picture of the media freedom environment, both in Europe and the rest of the world.

Thanks @MediaFreedomEU for your relentless work to map violations of #mediafreedom, provide moral and practical support to journalists and their families in difficult situation.
This is European solidarity in action – I am committed to continuing working with you. #MFRR Summit https://t.co/WfS4TSBPBn

In a hard-hitting video documentary premiered during the keynote at-risk journalists, media workers and whistleblowers from eight European countries shared their stories. Each revealed how their work brought about a wide range of media freedom violations, including death and rape threats, as well as legal threat, smear campaigns and physical assault.

#MFRRSummit: @trishdevlin's chilling testimony @MediaFreedomEU summit about the death threats against her (and her family) for her reporting in Northern Ireland. "They told me to just live with it" #EndImpunity Register:https://t.co/AjPT9paItV pic.twitter.com/B11MtskEur

Sunday World crime correspondent Patricia Devlin appears in the video. While her Twitter bio includes the Latin phrase “Noli timere” – “don’t be afraid”, she described the threats she faces from Northern Ireland paramilitaries and the lack of police response that has necessitated her complaining to the Ombudsman. In her words, ‘this impunity needs to end’ and a way to bring about change is ‘solidarity’, before calling on journalists to ‘speak out, highlight what’s wrong, help make a change’.

One of the other people featured on the documentary was Corinne Vella, one of the sisters of the assassinated Maltese journalist, Daphne Caruana Galizia, talking about the long fight for justice following the 2017  car bomb attack near her home in Malta. ‘Every inch has had to be fought for’ but Corinne highlights the importance of their family’s fight, not just for them, but for Maltese democracy.

“One thing that people have now understood is that you can’t take freedom for granted, you have to fight for it… If there’s one good thing that has come out of all this, is that civil society has started to find its voice.”

Other threats are less obvious. In a panel dedicated to the impact of COVID-19 on media freedom, Margo Smit, the News Ombudsman for the Netherlands, commented that in January alone, there were more than 40 incidents of violence against journalists and especially camera crews from the public broadcaster NOS recorded by the local journalist unions. This included people urinating against the outside broadcast vans, chasing journalists and blocking access, to the extent that NOS had to remove all logos from its vans. This escalation surprised her since the country has enjoyed a strong media freedom environment up until now.

“We need to be attentive to what’s happening in other countries – countries where we might like to go on holiday, nearby countries”.

Threats in one country are not too dissimilar at times to threats in another and bringing these experiences together is vital to ensure press freedom across the entirety of Europe is protected.

Hungary’s Veronika Munk described how solidarity from thousands of people demonstrating in the streets gave her and her colleagues the courage to build a new independent news portal through crowdfunding, after they quit their jobs at Index.hu in protest at government interference. The appeal for funds worked and she is now editor of Telex.hu, one of the fastest growing independent media outlets in a country where independence is fragile at best.

But for news outlets under the threat of state capture in Poland, Hungary and Slovenia, solidarity is not enough.

“The EU should be much more focussed on this problem” stressed Adam Bodnar, the Polish Ombudsman, referring to the commercial takeovers and politically-motivated distribution of state advertising that continues to threaten plurality and independence of the media.

For Irene Khan, safety of journalists is a top priority. In her Summit keynote she referred to the murders of journalists: “There must be no impunity. Europe must not be a place where journalists are murdered… impunity is the most dangerous form of censorship”.

The Media Freedom Rapid Response Summit continues until 20 March 2021. Register here for the next sessions and workshops on how to monitor violations of media freedom and how to protect against online harassment, threats and smears. 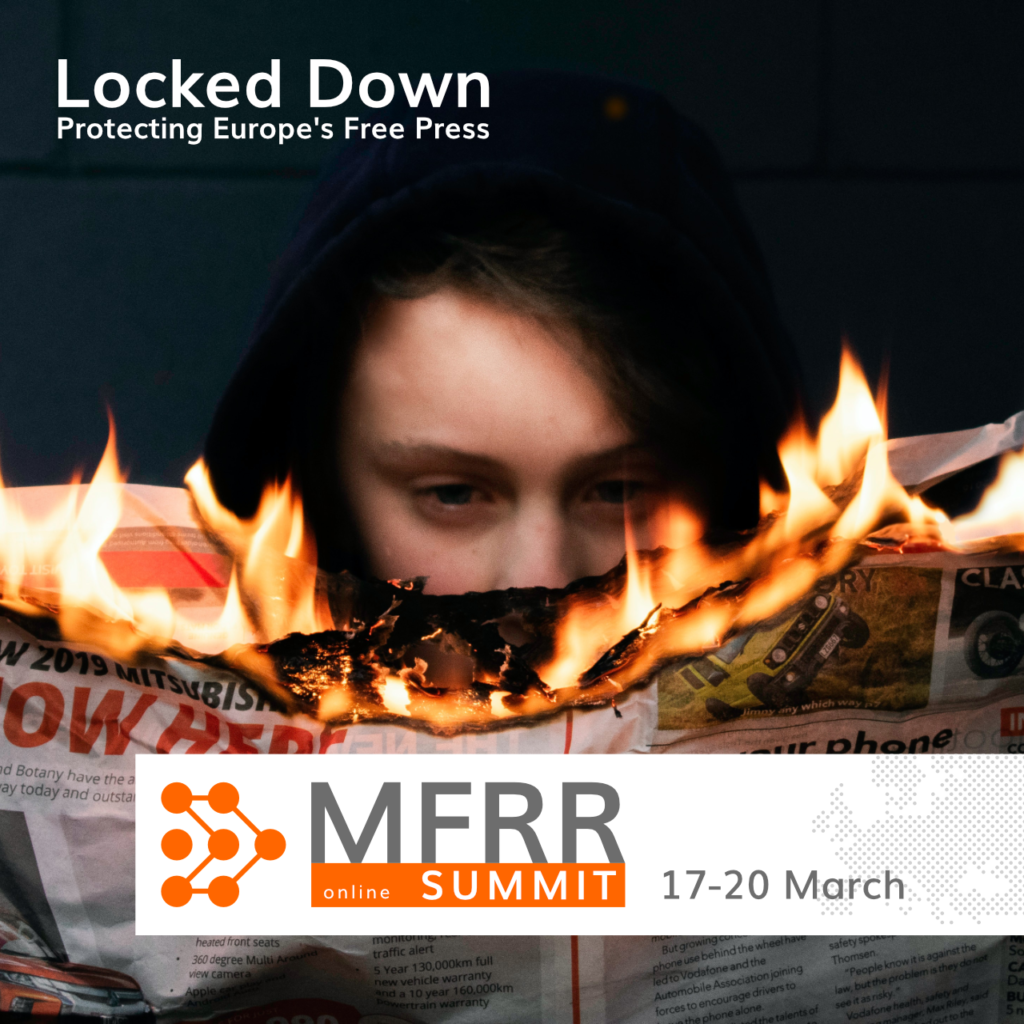