Credit: Fatma Edemen
Violence in the field, discrimination at the workplace: Being a woman or LGBTI+ journalist in Turkey

Nazlıer, who was attacked by the police while covering the press briefing on the official ban against the rally planned by Labor and Democracy Forces to celebrate 1 September World Peace Day in Istanbul, said what she had experienced on that day had become the “routine” for the journalists working in the field. She noted that the police wanted to confiscate her phone because she filmed the moments when the Deputy Chief of Istanbul Police Department said “Let the b***h go”, referring to an activist woman.

“He noticed that I was filming and he approached me. He tried to grab my phone, but he realised that I would not give it away and the other members of the press had arrived, so he asked me to show my press card. Those responsible were not prosecuted; once more, they were rewarded. The Deputy Chief of Istanbul Police Department who used those words about me and who intervened in my reporting has recently been promoted.”

Nazlıer said that the security forces have an “armour of impunity”, and she withdrew her legal complaint after learning that the person who attacked her had been promoted. She also fears that filing a complaint could make her a target.

Cameras recorded the attack against Eylem Nazlıer and many professional press organizations issued statements against the violence used by law enforcement forces, but Nazlıer pointed to the fact that these statements were not enough. “They condemn the incident with a simple statement, but it shouldn’t be like this. We have to speak up with a louder voice and this should make them uncomfortable,” said Nazlıer, adding that the ones who really stood with her were her colleagues working in the field.

“During our work, we always keep an eye on our colleagues. That’s what happened on 1 September. Zeynep Kuray saw the police intervention against me, stopped what she did and came to help me. That day, if it had not been for Buse Söğütlü, Pınar Gayip and Umut Taştan, the police would have deleted the video.”

Eylem Nazlıer has been working as a reporter for 5 years and she spends most of her time covering news stories in the field. She said that, although this was not the first time she was prevented from covering news, she has seen a remarkable increase in attacks on journalists in recent years. Emphasizing that journalists have become a primary target, Nazlıer said “Our phones and cameras are like weapons for them. Any day when we manage to send our footage to our institutions is a glorious day”.

Nazlıer stated that the main objective of the systematic attacks by security forces is to prevent everyone from documenting their illegal acts.

“As women journalists, we haven’t got used to or normalised police violence. What we do is journalism and we know that is not a crime. They should not forget that they will also need the truth one day. We will defend our right to report and people’s right to access information at all costs. They are afraid of journalists and I think they should be.”

The Workshop on Violence Against Women Journalists was held in Istanbul on October 2, in partnership with the Women and LGBTI+ Commission of the Journalists’ Union of Turkey (TGS) and Izmir Journalists Association (IGC). The workshop brought together 25 women from different provinces of Turkey with different experiences, and the findings of the workshop confirm Eylem Nazlıer’s words.

Banu Tuna, the Head of TGS Istanbul Branch, noted that the TGS Women and LGBTI+ Commission has been conducting surveys on violence for a long time, and violence is always at the top of the list of professional problems of women and LGBTI+ journalists. Violations of freedom of expression, censorship and freedom of the press are the main topics that come to mind when discussing media workers’ problems in Turkey; however, violence is not an issue that is commonly discussed. Tuna stated that they organised this workshop because they did not want to accept the ignorance towards such an important problem for women and LGBTI+ journalists.

“The headline of one of the news articles about this workshop was ‘Women journalists who cannot write about the violence they experience’. That’s a good point. We make news about violence against women, but the violence we experience remains unspoken.”

“Especially the violence perpetrated by law enforcement officers. From sexist insults and arbitrary detentions to strip search and threats of rape, women journalists widely experience violence by police forces. As we are faced with such a heavy and harsh form of violence, other topics become overshadowed.”

One of the findings of the workshop was that Kurdish journalists are faced with more severe attacks. According to the news report on the workshop published by Şeriban Alkış from Ekmek ve Gül web portal, women journalists working in Kurdish provinces emphasise that they receive rape threats from law enforcement officers, and all of their colleagues have had their homes raided and their passports seized by law enforcement forces. The report states that another finding which emerged during the workshop is that the police officials call the families of young women journalists and try to force them to quit journalism through family pressure. Other problems faced by women journalists regarding violence in the field include male journalists physically blocking their women colleagues using their elbows and knees while taking photos/videos in the field, difficulty in accessing the representatives of official institutions and being ignored by these representatives, and lack of legal support.

Banu Tuna said that at times, the workshop turned into group therapy, adding that they vowed for solidarity at the end of the workshop and would continue to hold similar meetings in the future.

Illustrator and Kaos GL – LGBTI+ News Portal writer Aslı Alpar pointed out that 34 journalists and media workers are currently under arrest in Turkey according to September 2021 data. Alpar emphasised that the detention of journalists is an obstacle to the right to information and a blow to press freedom. Alpar said that Turkey’s withdrawal from the Istanbul Convention, public officials’ hate speech towards LGBTI+, and the bans on “LGBTI+ events” which started in 2017 also directly affect LGBTI+-oriented journalism.

“Considering the increase in hate attacks against LGBTI+, covering LGBTI+ issues can turn into an act of courage during our time, and LGBTI+ and women are more concerned about their right to life in such an atmosphere. I think the government’s hate speech that ignores LGBTI+ individuals should not be considered separately from the attacks on press freedom, years of failure to implement the Istanbul Convention and the government’s subsequent decision to withdraw from the convention.”

When asked whether openly LGBTI+ workers in the media industry can find a place in professional life, Alper refers to a report published by Kaos GL Association. The 2020 Survey on the Situation of Lesbian, Gay, Bisexual, Trans, Intersex and Plus Employees in the Private Sector in Turkey mentions several LGBTI+ employees in the media sector who share examples from their careers. Alpar highlights one particular example in the report, in which a gay man working in the media industry was not hired for a position he was actually eligible for, on the grounds that his appearance would not be appropriate. In the same survey, a lesbian media employee stated that some job applicants get married only because the interviewers may think they are gay.

A bisexual genderqueer worker from the media industry, who shared their experience for the report, was considering quitting because they thought they could not get a promotion. Another lesbian employee from the sector said that she believed she had to work harder and more perfectly than her heterosexual colleagues.

Alpar thinks that these examples are not only common in the pro-government press but also in the whole media in general because institutions do not have ethical principles regarding LGBTI+ rights, gender equality and diversity. Therefore, people who do not work directly in the LGBTI+-oriented media can face discrimination everywhere due to their sexual orientation and gender identity.

When asked whether there is a need for a separate division of labour on LGBTI+-oriented journalism, Alpar says that journalism focusing on LGBTI+ rights is an inseparable part of human rights journalism. Alpar says she believes the common idea of “women only covering news about women” should be rejected, and all employees from all departments of the media industry should undergo basic training on gender equality and diversity.

“A journalist has to know that there may be news on LGBTI+ individuals not only in culture and arts but also in economy, politics and every domain of life because, as one of my favourite slogans says, the LGBTI+s are everywhere – at school, at work, in the parliament.”

* In this piece, ‘women journalists’ refers to all journalists identifying as women.

Poland: Journalist must not be jailed for refusing to disclose source 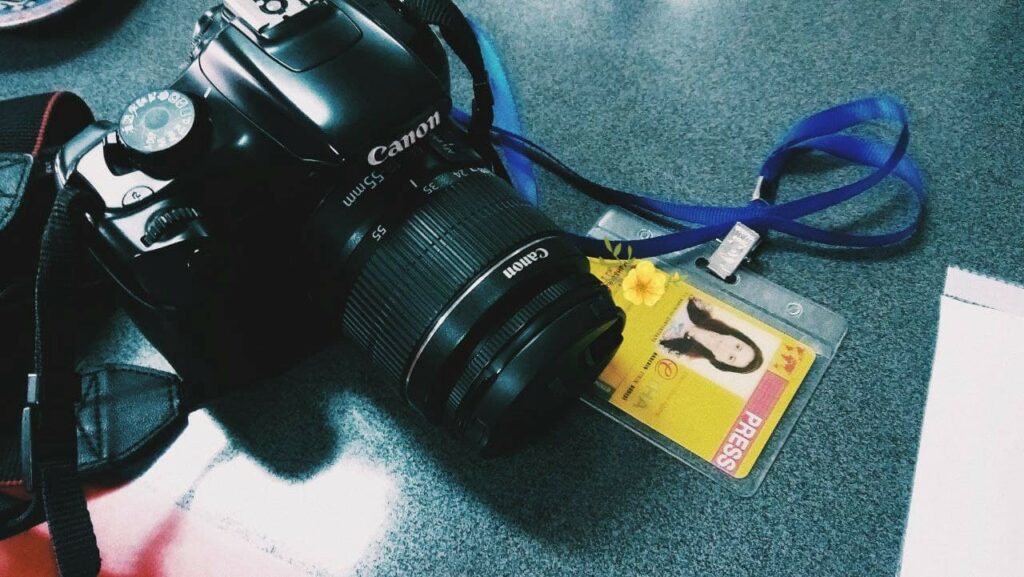 Violence in the field, discrimination at the workplace: Being a woman or LGBTI+ journalist in Turkey

Poland: Journalists must be allowed access to Belarus border