Pictured in this photo illustration is an issue of the Novaya Gazeta newspaper being sold at a kiosk. The Novaya Gazeta has decided to halt online and print publications until the end of the Russian special military operation in Ukraine.

The interviewee, who will remain anonymous, is a Russian journalist who is a fellow in ECPMF’s Journalist-in-Residence programme. He worked for several media outlets in Russia, including as a TV producer. The interview was conducted on 23 September 2022.

How have you seen freedom of speech change in Russia over time?

When Putin came into power, it was inevitable standards would somehow change. He came from the FSB and would implement more strict rules. But still, from the beginning of the 2000s to maybe 2007, it remained pretty free and wild. There were no limitations.

Then they began to put pressure on the press. The “mad printer” [State Duma legislatures beginning in 2011] came, and the absurdist laws started appearing in the parliament, for example, the anti-blasphemy law, which is an attack on free speech, and the anti-gay law. Then there is a law that bans discussion of the Second World War in different terms other than those proposed by the official Kremlin textbooks. When you say that the aid of the US was more important than what is mentioned in the Russian literature, you face fines or can even go to jail. There was  another law that entered force in 2016. It forbids foreigners from owning more than 20% of the media companies – everything had to be owned by locals, by Russians. That led to more control by the Kremlin.

Russian legislation these days is very contradictory. Yes, there is a law that enables journalists to request access to information. But now, it is contradicted by all those newly implemented laws, such as “discrediting the army”. So it’s also a schizophrenic situation in which Russia is living.

What does this mean for the media landscape?

All media is influenced by interests and ideologies, but there is a strict difference between journalism and propaganda.

Public media, belonging to and/or controlled by the state, is basically just a propaganda machine. State “journalists” are not journalists. It has gotten morally inadmissible to cooperate with them. They are our colleagues no more. They are not of our blood.

In every publishing house, there is now a special manager, a state official who reviews everything, often ruining the entire editorial policy of every magazine and newspaper and directly dictating what to publish and when. You cannot have an independent newspaper or magazine. Recently, Novaya Gazeta, the independent newspaper whose editor has just gotten a Nobel Prize, was deprived of a license. It does not take an insider like me to tell that Russian media is deprived of freedom. 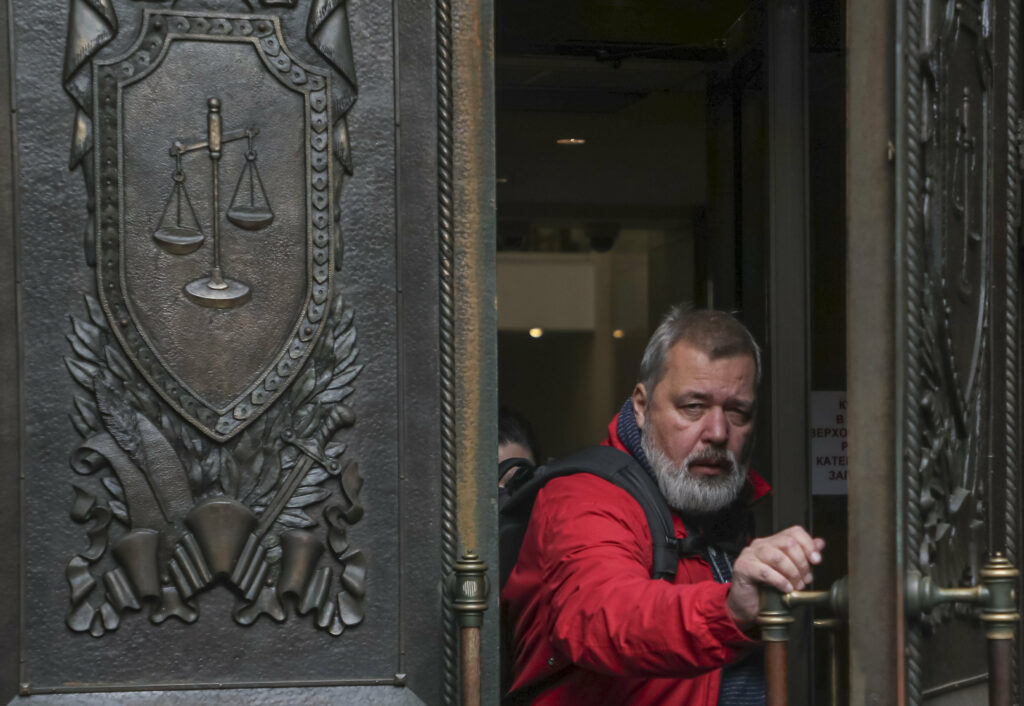 Many employees of Novaya Gazeta left Russia after that and are working from exile now. How do you, as an exiled journalist, perceive the limitations and possibilities of working outside Russia?

The entire situation is a bit absurd. Back in the day, during the Cold War, the Iron Curtain was built by the Kremlin. Still, the West had a cultural influence on the Soviet Union. The Soviet people were shown Western values through movies, rock music, fashion… Those who embraced these values were welcome — as political refugees, for instance. If they ran away from the Soviet Union as dissidents, they were welcome in the West. Now, all the movie companies, record labels, even most the clothing companies have withdrawn. The West turned away not just from the Kremlin regime, but from the entire nation of Russia.

I do not find it necessary for every political journalist to remain in Russia. Mainly, the ones who need to be there are the TV news teams, because people need to see a picture. Although some media companies manage to work without having local reporters, they just sit in the studio and discuss their thoughts. Very effective: less money spent, more money earned – but not exactly journalism.

Getting someone to speak in front of the camera is always the biggest pain, especially now when people are afraid. We are always trying to let people say whatever they want. We do not try to push an agenda. They should only express their own views, but people still do not believe in the media’s objectivity. They are afraid of any discussion, because they are afraid of going to prison.

Is it difficult to convince audiences in Russia to trust you if you are not working from Russia?

It is not such a problem to work from abroad in that sense — as long as the cameraman and the correspondent are there, the interviewee does not care if I am. The problem has always been to persuade somebody to speak to the camera. People have really serious prejudices about the Western media – they basically trust Russian media more and hate the West for everything it does. It is a very primitive resentment, which is quite widespread in Russia.

The majority of them. People at an anti-war meeting will probably trust foreign media more, but it is the minority. Most of the Russians are pretty much brainwashed, I would say.

I think the problem is that people tend to use media outlets not to verify something but to validate what they already believe. People tend not to seek the truth and are much more comfortable feeling that their country is fighting for the right cause. That is why people choose not to verify. It is psychologically more comfortable for them. It is very uncomfortable to think about your own country as an evil force, right? Especially when the TV, the radio, the papers, and the internet tell you that an evil force is surrounding your country 24/7, that it is quite awesome to live in Russia, and that we have the wisest president in the world. People are a bit gaslighted.

I am not satisfied with the influence of Western and opposition media because too many people in Russia support the war, Putin, and his oppressive regime. Too many of them despise democracy and human rights, and are living in a state of obscurity and hatred. Even if there was some progress, it is definitely not enough for me. It is too slow and too ineffective. That is my conclusion. There should not be such an amount of militaristic and aggressively thinking people in one country. It is common madness.

International media freedom and journalists organisations warn that while significant progress has been made in Kosovo, toxic rhetoric and smear campaigns against media, underfunding of public broadcaster and lack of transparency risk undermining the progress.