When good laws turn bad to censor or silence critics, that’s a SLAPP

Unjust use of libel laws leads to censorship

Press freedom has many enemies, and one of the most sneaky is the lawsuit masquerading as a genuine demand for a right to reply, to set the record straight. It is like a wolf in sheep’s clothing. Or a wolf in one of those sheep-like wigs worn by judges in the English courts. This type of lawsuit is known as a Strategic Litigation Against Public Participation, or SLAPP for short. Other names include “vexatious” and “specious”.

Whatever name is used, it is not an instrument for seeking justice. It is not intended to restore the rightful good name of a company or individual. A SLAPP is a blunt instrument. It is used to subvert the course of justice and run up huge legal fees and court costs, with the aim of financially ruining its target (a news outlet or individual journalist) and deterring others from publishing the same. The result is a chilling effect. Fearing for their livelihoods, for the financial viability of their newspaper or online portal, reporters look the other way and turn their scrutiny on a different, less controversial, topic or target.

SLAPPs continued even after assassination

At the time of her assassination in 2017, the investigative journalist Daphne Caruana Galizia was facing more than forty SLAPP defamation cases in the Maltese courts. Her widower and sons inherited these cases, and they are still running in the courts. An even greater proliferation of SLAPPS can be found in Croatia, where at the time of writing there are no fewer than 1,000 current cases.  The following are some examples of SLAPP cases that are in the public eye.

Georgiev vs Manual Delia: “How I let them bully me into silence“ 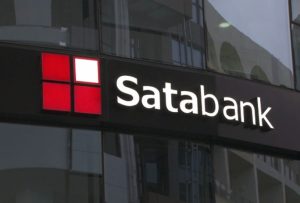 Satabank is suing Delia and times of Malta

Manuel Delia, founder of the Malta-based blog Truth be told is being sued by Christo Georgiev, the Bulgarian owner of a bank, Satabank. Delia reported, truthfully, that the bank was being investigated by the Malta Financial Services Authority for money-laundering. Under pressure from the bank, he retracted the story and took it down from his blog. Then when the investigation resulted in Satabank being fined €3 million, he published the updated story. Now he faces legal action that could ruin him.

HRT vs Hvoje Zovko : “I am a journalist, not a coward“

Former TV journalist Hvoje Zovko quit his job at the Croatian public broadcaster HRT, alleging in his resignation letter that he could not work under political pressure and censorship.then his former employer sued him in a SLAPP case for 250,000 kunas (33,000 euros) in damages. Hvroko told the Expert Talk held in Brussels by the European Centre for Press and Media Freedom in November 2019 that this was only one of more than 1,000 similar cases running through Croatian courts with the aim of silencing critical questions, investigative reporting and opposition viewpoints. HRT’s case was later thrown out of court.

Banks vs Cadwalladr :  “He’s targeting me as an individual” 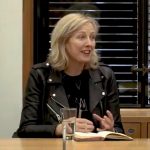 Arron Banks, a leading figure in the campaign to get the United Kingdom to leave the European union, is suing freelance journalist Carole Cadwalladr for defamation over claims she made on Twitter and in a TED talk. Although the claims had already been published in the Observer and Guardian newspapers, Banks is not suing the newspapers but targeting the reporter personally and she has been forced to crowd-fund £50,000 pounds ( 56,000 euros) to pay for a lawyer. If she loses the case she will almost certainly lose her home and all her possessions.

Chevron Oil vs Donziger : “I did not expect the lengths they would go to” 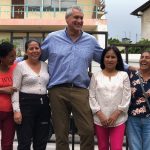 The Chevron/Texaco oil company’s legal campaign to silence lawyer Steve Donziger is one of the most long-running SLAPP cases in the world. Donziger is  currently under house arrest following counter-litigation from the oil company. He continues to act for the indigenous peoples of Ecuador’s Amazon basin, where waste products from the oil industry are allegedly polluting rivers and causing birth defects.

And Greenpeace International is working with the European Centre for Press and Media Freedom and its partner organisations across Europe, campaigning for a transnational Directive to outlaw SLAPPs. 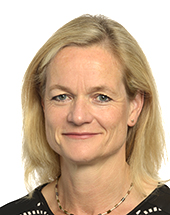 Campaigning against abuse of libel laws to silence critics

German MEP Viola von Cramon told the ECPMF’s Expert Talk that SLAPPS are a form of “legal abuse” and backed the international movement to find legal and political solutions to stop them. In most European countries, the rule of law means that SLAPP cases are often unmasked by judges.

“I may not be a journalist, but I know it is our responsibility to protect journalists against SLAPPs”

They can see that the interests of justice are not served by financially ruining newspapers or individual journalists in order to protect the reputation of the rich and powerful. In Italy, for example, the statistics speak for themselves: out of 9,479 suits that were brought against journalists, 6,350 were stopped by a court, and only 625 of them went on to full trials. (source: Osservatorio balcani e caucasi)

At the Media Freedom Rapid Response’s monitoring platform, a special category for SLAPP lawsuits is used to track and highlight these unjust lawsuits, with reports coming in from the MFRR’s grassroots networks on a daily basis. These cases feed in to the transnational campaign to outlaw SLAPPs, and anyone can submit new incidents confidentially for verification and publication.

Verified alerts trigger offers of support from the Media Freedom Rapid Response, including funds for lawyers and specialist legal expertise, and these services are available also by direct application to the ECPMF Legal Assistance fund.

The ECPMF is part of the